Step into a secret world and discover a unique heritage site in the heart of Wisbech. 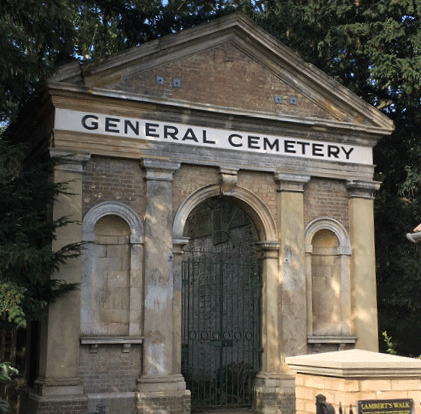 Wisbech General Cemetery is nationally significant as one of very few non-denominational burial places established in English towns and cities during Victorian times.

It is the resting place for several people of local significance, adding greatly to the town’s heritage and providing a rich resource for historians and researchers.

Wisbech General Cemetery was established in 1836, a time when it was fashionable for large public cemeteries to be laid out along the lines of formal landscaped gardens. The churchyard of the parish church of St Peter and St Paul, the town’s primary burial ground, was overcrowded to the point of becoming a health hazard. Meanwhile, many of the area’s contemporary new chapels were established without burial grounds.

Perhaps typically for the period, the first recorded burials were of two infants, both in 1836. The cemetery was at its most popular during the mid-1800s, but burials continued until the late 1960s. By the time of its closure in 1972, more than 6,570 interments are thought to have taken place at the cemetery.

Wisbech General Cemetery’s chapel of rest was erected in 1848, after a loan of £500 had been raised for its construction. Built in the neoclassical Doric style, it provided friends and families a place for funerals, according to individual beliefs or denominations.

Members of many prominent Wisbech families and residents were buried in the General Cemetery. They included members of the Dawbarn, Ollard, Southwell and Gardiner families, and the celebrated Victorian photographer Samuel Smith. Many more people were interred in multiple graves, a large number unmarked by headstone or monument.

Ten World War I soldiers who died in England as a result of injuries sustained in service, are also buried in the cemetery. Eight occupy unmarked graves that the Commonwealth War Graves Commission is working to recognise. A further eleven Wisbech soldiers, killed overseas during the conflict, are commemorated on family memorials, while a World War II airman was also buried in the cemetery.

Towards the end of the 19th century the General Cemetery saw fewer burials as other grounds, especially the new Borough Cemetery in Wisbech’s Mount Pleasant area, opened. Only six burials took place between 1960 and 1969, and Wisbech Borough Council closed the site, which fell into disrepair and rapidly became overgrown.

In the 1960s the Wisbech General Cemetery Company was dissolved and all regular burials ceased. The cemetery became overgrown and the Chapel deteriorated. In 1985 the date stone (1848) to the chapel was removed by vandals and for “safety reasons” the council removed the remains of the roof to deter vagrants. In 1991 the Fenland District Council Development and Leisure committee agreed the principle to demolish the Chapel.

This was strongly opposed by Wisbech Society and in 1992 a new group was formed named The Friends of Wisbech General Cemetery and this most diligent band of volunteers worked (and continue to work) tirelessly, to clear, maintain, improve the cemetery and develop the flora and fauna for the benefit of the people of Wisbech and visitors including the descendents of the people buried there.

And that brings us to today…

open daylight hours•free•open to the public

In 1978, Wisbech Society supported a scheme to clean the General Cemetery up and survey and record its burials.

A Friends group was formed in 1992, with the intention of working alongside Fenland District Council to preserve and manage the site as a wildlife habitat and historic asset. 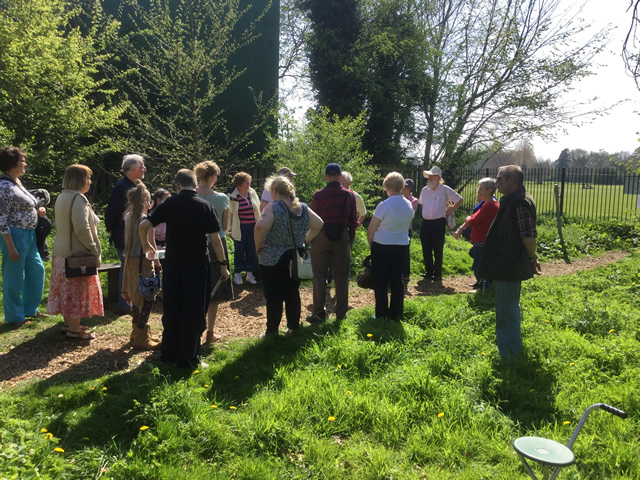 We offer guided tours led by our cemetery experts.

The impact of the lottery fund >